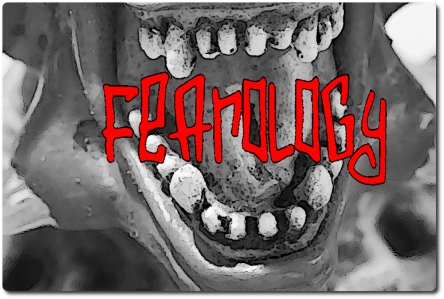 Your breath shortens as sweat build upon your skin. A hole opens up in your stomach as an unsettling numbness radiates through your body.

We’ve all felt the symptoms of fear at some point in our lives. The flight or fight response is responsible for these feelings—consider it a valuable curse from our sympathetic nervous system. In Fear: The Paradox of Mortality; the article discusses a personal fear that may develop over the sensations of fear, causing someone to be an unnecessary victim of circumstance.

However, that’s not to say inaction is never an acceptable tactic.

Back in the tooth & claw days of Earth’s ice age, there were plenty of unfathomable beasts that had Homo sapiens on their menu. Would it be wise to alert a cave lion with movement? Or how about a nasty giant beaver? Sometimes the ability to blend into our environment will dissolve away any current threat that lurks before our eyes.

Nope—it doesn’t need to be explained what happens next.

…Or does it? The car collides with deer, and smears venison across the road in lanes of red.

The situation dictates when it is appropriate to run or fight; it’s only a question if you’ll be able to act when it matters or become paralyzed by your wretched gut.

Our sympathetic nervous system are responsible for this menagerie of fearful symptoms. That maelstrom in your gut when fear awakens is the feeling of digestion being stifled, and blood flow being cut off. Why digest food, when in any moment, you could be roadkill?

In fact, all sorts of short-lived adaptations occur:

Fear is all the same, whether summoned by horrific literature or an actual threat—the difference is you could always put a book down—a primal tango with a saber tooth tiger would shred you into editable pieces.

Horror has a lovely way of initiating this sympathetic response. Not everyone will respond the same to a particular fearful stimuli, but there’s always something, just like there could always be something that lurks in shadows.

Words have a way of lodging the splinter of horror deep within us, because we have developed our own personal connection with words. When you read the word blood, what does it mean to you? What imagery or memory is conjured in your mind? This relationship manipulates the word into a symbol of our personal experience.

Traumatic events can be exhumed from a history that someone would rather forget by using words as a shovel.

A piece of horror is a circus of these symbols that flirts with our sympathetic response.

7 thoughts on “Fearology: The Wretched Gut”

It's Okay To Scream! Cancel reply